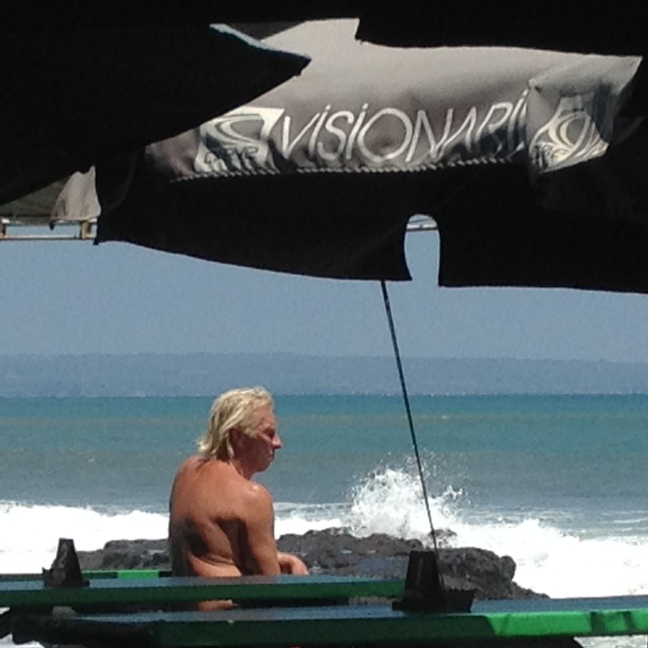 I am sitting at a beach bar on the west coast of Bali with my lovely bride. The wind is aggressive and the waves are burly to the uneducated eye. Few surfers brave the sea but many are watching it with keen interest. We share this balmy balcony with dozens of others and most seem equally as enthralled and enticed by the power of the ocean. After watching people and enjoying the vibe, I kept being drawn back to one individual. He kind of kept to himself while intently watching the sea, his focus always the waves.

There is a movie that was made in the early nineties. The storyline was based on California surfers who wore masks of former presidents of the United States as disguises while pulling off split second timed bank robberies. A young FBI agent goes undercover to infiltrate the gang and bring justice. Patrick Swayze and Keanu Reeves both give vintage performances in the lead roles. Surfing, intrigue, love, bromance, cinematography, extreme sports, violence and a wonderful cliche finish make this a truly enjoyable film to watch. As a character in the film a slight step behind the two main antagonists, Gary Busey provides us with a wonderful acting job playing a flawed, fearless aging FBI agent, and he has been chasing the surfer punks for a long time. 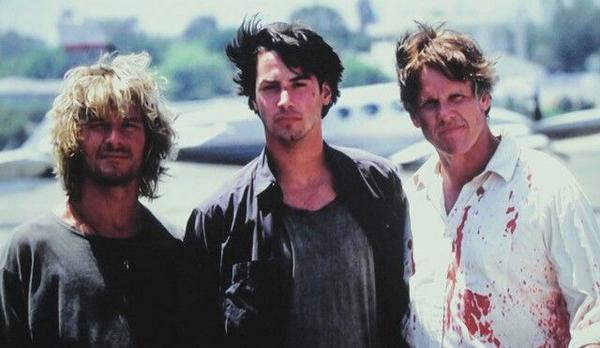 I thought a lot about Gary Busey, Point Break the movie and surfing as I kept my eye on the man watching the sea. From where I was sitting, I couldn’t truly tell if I was looking at the movie co-star or a doppelgänger. Generally I will give people their privacy and not intrude into personal space, but I was drawn to this man. I drained my beverage and explained to my lovely bride what I was up to. Angling across the deck I approached and introduced myself. Explaining that I was Canadian and not a surfer, I inquired if it was a big surf that day. The absence of riders was a curiosity to a non surfer. Instead of blowing me off, the Gary Busey look alike laughed and explained that it was the biggest surf in six months. Over the course of the next few minutes, he pointed out where the break was, where the beach was most dangerous and what bar had the best food. I listened enthralled as knowledge flowed out of him and broke over my head. At this time one of his buddies came over with a pizza and sat down. I declined their offer of a slice and we said our goodbyes. I returned across the patio and carried on with a lovely afternoon with a lovely lady. 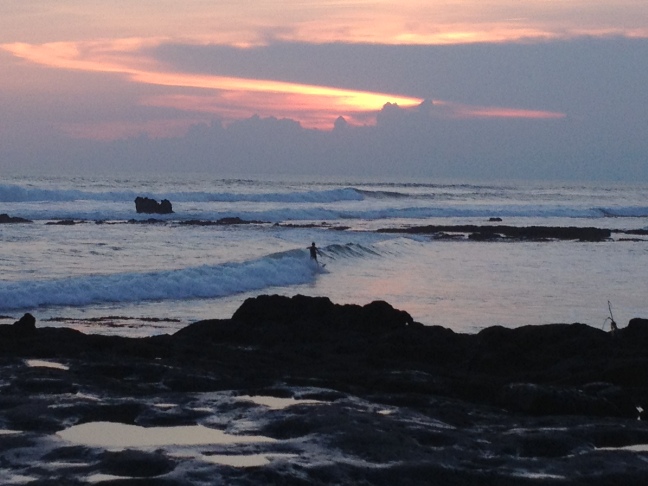 The guy who could have been Gary Busey and his buddy exited the bar and walked down to the beach. I watched intently as I tried to ascertain what they were doing and it quickly became apparent. Both men were cinching up flippers and pulling on swimming gloves. Goggles were pulled over eyes and they quickly entered into the sea. Some people are water people, born of the ocean while others watch tentatively from the shore. Powerful strokes quickly propelled these two swimmers out into the pounding surf and past the break. In big seas that kept all but the very best surfers sitting on their boards on the shoreline, the Gary Busey look alike guy and his buddy body surfed very large waves like a couple of dolphins. They would cut hard through the face of the wave then duck under just before it would crash over their heads. Up they would pop and freestyle back to the starting point, ready for another ride. It was truly an awe inspiring display of swimming skill and big balls.

The cliche ending of the movie has Patrick and Keanu brawling at the edge of the ocean while handcuffed together. Justice will finally be served or ones mans destiny will prevail. Squeezing every bit of acting ability out of Keanu Reeves that is possible, the movie ends with bank robber surfer dude Patrick Swayze swimming out into the huge ocean swells. The connection between that movie and the man who could be Gary Busey frolicking in the massive Indian Ocean surf is an amazing coincidence. I often look back to that beautiful Indonesian beach and wonder what went down. What message was Keanu, Patrick and Gary trying to send me? The answer I believe is to have patience, study your surroundings and be aware of the dangers in life. When your ready to take the next step, dive in and swim hard with your head up. Surf the ups and downs of life and keep smiling. That’s what Gary Busey look alike guy would do.