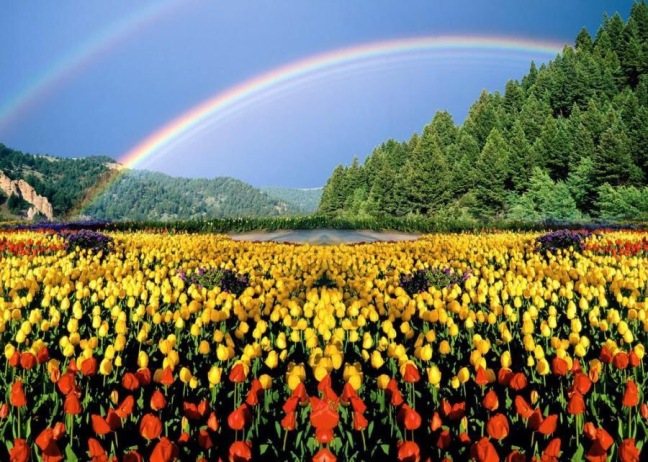 No News is Good News

I was wanting to write a story about flowers and rainbows, but it just wouldn’t flow through my fingertips. It would have been so easy to just sit back and talk about how wonderful the mountains looked in the rare autumn sunshine. The air is fresh and clean and the leaves flutter to the grass like snowflakes in the breeze. It’s a beautiful time of year, but pretty thoughts seem far away. Our little naive corner of the planet keeps hip hopping merrily along while many parts of the globe deal with war, terror, disease and natural disaster. A day does not go by where you are not informed about something bad happening somewhere else.

In this constant information assault that comes from multiple sources and directions, what is required for something to stand out of the news stream and catch your attention? There are so many stories of atrocities, conflicts, and tribulations available to us in the news media. People become numb to constant bad news and look for a happier alternative. Into this void fits social media, which mixes in the recipe of the day or another funny animal video to capture a percentage of society’s attention. Legitimate, important news stories can be found within and much valuable work is conducted through social media but it is quickly becoming primarily an entertainment medium. The idea or concept of looking beyond and behind what is presented by the major information streams is a foreign process to most media consumers.

We are mere days away from an election in the USA that defies belief. A career politician who is the tainted wife of an ex president and a mega rich dangerously flawed man of the common people compete in a billion dollar competition of illusion and delusion. While the political discussion rages on about the right to carry open weapons, secret emails or men’s treatment of women, minimal discussion can be found about some serious stuff going on in the rest of the world. While the continuing madness of Syria and Iraq dominate the news feed, there are many other stories bubbling below the surface that are disturbing, dangerous and of serious consequence to international affairs. Whether it’s Libyan or Central African conflicts or Philippine politics or the South China Sea standoff, there is shit going on that is important to all of us

I am not a researcher but I read about a lot of different things. Here are a couple of stories that are very current that jumped up and got my attention from the background  of the media stream. A sideline to the current Mid East quagmire is the perpetually ongoing conflict between Israel and the Palestinians and the rest of the Muslim world. I sat mesmerized reading the story about an organized, well planned and currently being implemented take over of both the Israeli military and police force by the radical Jewish right wing. Officer school and police academy are today full of a large percentage of students from this community. Graduates already populate the ranks of both forces.These are the fundamentalist in the Jewish world and they are on a path to control Israel’s military arsenal and security forces. Israel is a nuclear power. How will this development co-exist in a world already grappling with the multiple challenges of Muslim fundamentalism and the Christian Right wing.

A drift towards extremism is troubling on many fronts. How do the zealots of any religion find their way to the controls of power. I believe that most practitioners of any religion just want to pray to their gods in peace and security. They want a safe, well fed home for their families and love and good will to their fellow man and woman. Some form or another of the Golden Rule seems to exist in most societies yet we as a planet currently seem to prefer dogmatic, brutal conflict over human rights and respect.

Another story that I have been following for awhile is occurring in America. While the news focus understandingly is on the federal election, there is a drama being played out in the Dakotas in the heart of the USA. Local, indigenous people and their supporters are fighting against an unwanted pipeline that will cross native land and water sources. This protest is being met with force by the authorities and the potential for violence looms large. Mass arrests, tear gassing and confrontation have already occurred as the worlds media is starting to pay attention. How will America deal with this current protest with First Nations? This at a time where election rhetoric is focused on ethnic walls of separation and barriers to certain religious groups and the whole election process is under a microscope. The big melting pot, land of the free brand is under assault in a difficult global climate.

I’m personally of the opinion that Mother Nature is in charge anyway. All the conflict, turmoil and intolerance throughout the world are moot when Mother Nature steps up to the plate. All differences seem petty when her mighty power is unleashed in anger. She will have the final say in our mutual survival and she needs to be cherished, respected and worked with. So with that in mind, and with indigenous peoples around the world generally more in touch with the spirt of the earth, a very interesting sidelight played out during the Dakota protests. A herd of plains buffalo appeared over the horizon, a small glimpse of their past multitudes and testament to a recovery from near extinction. The appearance of these buffalo right at the moment and location of tense confrontation will be seen as a positive sign from the traditional gods that this fight is just and will not be given up. It adds another piece to an already festering problem for American governments and business, that public protest against unpopular and possibly unlawful actions will not only continue but will possibly be emboldened. America is already trying to digest and come to an understanding in regards to Black Lives Matter and police shootings, absorb the millions of legal and illegal immigrants into the country as well as provide a return of hope and wealth to a struggling middle class. An angry, empowered indigenous population is another distraction to a country engaged in difficult challenges at home and around the globe.

It’s a beautiful evening and the people of Vancouver are out everywhere. Bars and restaurants are full and walkers, joggers and riders are all over the seawall. The troubles and challenges elsewhere in the world seem far away when it is such a pleasant night in paradise. I think I will keep riding and try and find myself some flowers and a rainbow. Perhaps I can find a pot of the golden rule at the end of it to share with the world.