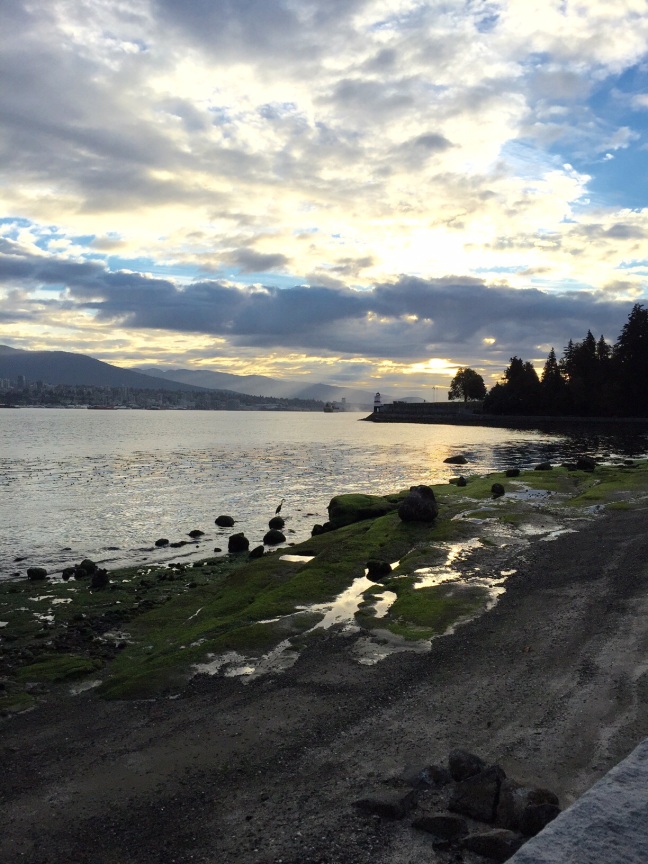 Fun Grando and the Church of Bike
Dude, where’s your spandex (Part 2)

They rolled past, they rode fast and then they were all gone. Out of Stanley Park and into the morning, the 2016 “Whistler GranFondo” was underway. It’s amazing how quickly the park emptied. All that organized hustle and bustle got stuffed into some support vehicles and away they all went. We appeared to have this world class park to ourselves and certainly weren’t going to linger. Soon the other early risers would start filling its beauty and we would have to share. 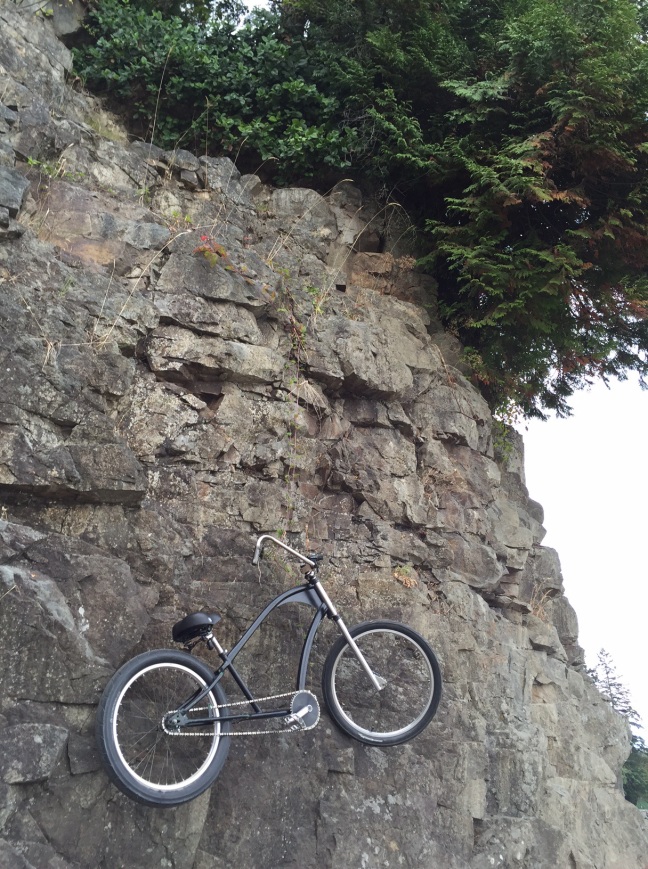 We packed up our picnic and mounted our trusty single speeds. A gentle cadence rolled us counter clockwise along the seawall. The North Shore mountains stood guard over Burrard Inlet as the skies to the east brightened into a sunrise kaleidoscope. An occasional intrepid jogger ran towards us, locked into their own inner pain zone, seemingly oblivious to all but the running path in front of their feet. Herons patrolled the tide line while ocean freighters occupied English Bay. It was truly a glorious morning.

There is an iconic spot along the Stanley Park Seawall. It has been a place of great spirituality to the local indigenous peoples for centuries yet can still take the breath away from a modern day individual as well. The place is called Siwash Rock and I never tire of its grandeur. It is in your vision for many minutes as you roll along the seawall, then you turn around a bend and it is behind you. Having ridden the wall many times, my riding partner and I know there is a little pocket in the rock wall just after that corner. There you can tuck your bike away and take a step back from the pathway. It is a beautiful spot to stop and look out upon the ocean, the islands of Georgia Straight and as always, the mountains riding shotgun along the coastline.

It’s also a perfect spot to get off of the bikes and stretch. There are more people on the seawall now as the morning gets older. These walkers are well into their morning stroll to be this far out onto the seawall loop. My bride and I work through our stretching routines. She elegantly displays mobility and flexibility moving from one yoga position to another. I creak and grown my way through my own yoga disipline, a form that I call “slowga”. Together we fight off the ravages of our age and Mother Nature, bending and swaying to the splash of the waves breaking on the rocks below us. After loosening all the muscles in our bodies and regaining all the tone and suppleness of our youth, we mount up. One last look at Siwash Rock and we ride towards Third Beach. The return of the city is just minutes away.

Second Beach is now behind us and we enter into the West End. Already people are playing tennis and on the pitch and putt course. The bike and foot paths are almost crowded, so my lovely bride and I make the decision to push onwards towards home. We meander crisply along the Beach Avenue bike path and and roll past Sunset Beach. Above us towers the Burrard Street bridge, in a far busier state of affairs than it was a few hours previously when we stopped upon it to absorb the early morning city. Our bikes keep following the path, past residential towers and waterfront restaurants. The marina is full of big, beautiful boats worth millions that are sailing nowhere. Up ahead beckons Science World, one of the few remaining remnants of Expo 86. That fairs vision and message was transportation. After completing a circumnavigation of most of downtown Vancouver, I think the far seeing thinkers of the future behind Expo 30 years ago would be happy with the progress rapid transit, car sharing and bike commuting has made over the last few decades. Improvements in this important infrastructure can never stop.

I have been able to ride for hours without having to worry about cars. That luxury is about to come to an end. Our last section home after over 20 kilometres of single speed, heavy steel bike frame pedalling awaits us. The city is operating at just about full speed. We must navigate the road traffic/bike lane interchanges around Main Street and 2nd Ave and do so carefully. A quick, sharp right turn off of the busy main road launches us into the lane behind the Narrows, one of Vancouver’s best secret little bars. From this point on the grade is steep, and with tired legs we weave our heavy steads to and fro. We cross Dude Chilling Park and there are dudes and damsels there chilling, dogs too. The elevation changes grudgingly but we manage to overcome gravity and climb up the East Van side streets. We get rewarded with the crest of our hill and share a smile, coasting the last couple of blocks to home sweet home. Inside awaits a hot shower, a hot coffee and I return to its charms with my hot wife. It hasn’t been a bad day so far.

Thanks for your time